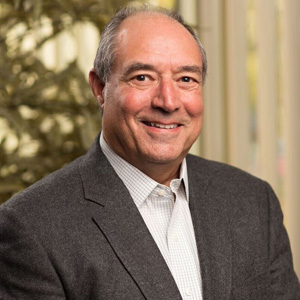 George Dannecker, CEO & President
Low Power Wide Area Networks (LPWANs) have been gaining significant ground in recent years, competing strongly with cellular networks. The main advantage of cellular networks is broad coverage, but there still exist many locations with poor or no coverage. Moreover, for many Internet of Things (IoT) applications, cellular networks are impractical due to its high power consumption. Even though cellular costs are declining, LPWANs have a fundamentally lower cost infrastructure, especially in applications requiring low data rates. Headquartered in Portsmouth, NH, Senet is a provider of LPWAN with Long Range (LoRa) technology modulation for IoT and Machine-to-Machine (M2M) applications. “In the IoT space today, we are building an LPWAN network that secures the opportunity to have a large variety of applications running on the public Senet Network,” begins George Dannecker, CEO, Senet.

IoT is a nascent market and there are new solutions and companies popping up regularly, inventing valuable applications to leverage the benefits of LPWA networks. “We have two important product offerings: the Senet Network and the EnerTrac application to cater to client’s IoT requirements,” says Dannecker. Senet’s main objective is to attract new solutions and support the growth of existing applications running on their network. In addition to the LPWA network benefits, Senet’s LoRa based network offers bidirectional communication, mobile device support, adaptive data rate support, and strong security features.

The Senet Network has been deployed successfully for EnerTrac, a tank delivery automation solution for the heating fuel delivery industry. EnerTrac provides long-distance, low cost data acquisition through smart devices and sensor technology, while demonstrating a rapid and easy Return On Investment (ROI). For example, one of the company’s clients, a home heating fuel dealer, had an issue of customers demanding refills without knowing the amount of fuel left in the tank.

In the IoT space today, we are building an LPWAN network that secures the opportunity to have a large variety of applications running on the public Senet Network

Since they didn’t have any means of measuring the quantity of fuel left, they would generally request a refill while the tank was still 50 percent full. To mitigate this, Senet suggested deploying EnerTrac which informed dealers about the exact tank levels. By doing so, the client was able to schedule deliveries when the tank levels approach 20 percent and the dealers could save about 30 to 40 percent of their truck rolls resulting in a 20 to 40 percent reduction on operating cost. “If a dealer has between 5,000 and 10,000 tanks, deploying our IoT application can save them about $500,000 to one million per year,” extols Dannecker.

Currently, the network expansion of Senet is being driven primarily by the EnerTrac application. In parallel, the company is in the early stages of testing with dozens of innovative companies building a variety of sensor-based solutions. “We are focusing on the IoT space based on the flexibility to work with a variety of different applications,” articulates Dannecker. Senet is poised to deliver critical, cost effective connectivity solutions to enable the coming IoT market explosion. In the next decade, an estimated 50 billion devices will need to communicate with each other. “The Senet Network has grown to over 100,000 square miles of coverage, collecting data from over 30,000 end nodes with coverage in the Northeast, the Midwest, and California. During 2016, network deployment will continue on an aggressive pace including deep coverage in the innovation districts of greater Boston and the San Francisco Bay area,” concludes Dannecker. 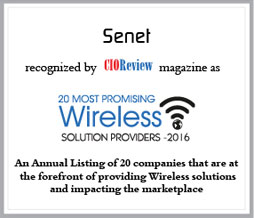