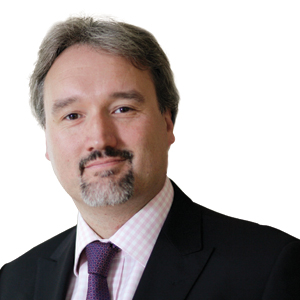 Andrew Moloney, VP of Strategy
Without a shadow of a doubt, Open Source is the buzz de jour in the data center space with the influx of Software Defined Networking. Gone are the days when network traffic was dictated by proprietary hardware solutions running proprietary software. IDC estimates that the worldwide data center SDN market will be worth more than $12 billion by 2022. Brad Casemore, IDC research vice president, data center networks, in a recent report, named Worldwide Datacenter Software-Defined Networking Forecast, 2018–2022, concurs, "We're now at a point where SDN is better understood, where its use cases and value propositions are familiar to most datacenter network buyers and where a growing number of enterprises are finding that SDN offerings offer practical benefits." But there are some significant hurdles stakeholders need to overcome before it's all smooth sailing. The biggest one of them being the glitch in the communication between the separated hardware and software layers leading to unnecessary inefficiencies in the data flow.

SoftIron tackles that problem with a unique approach. "We build task-specific appliances, which are designed to only run one particular kind of software-defined architecture, so they're completely optimized to run them from the ground up," says Andrew Moloney, SoftIron's vice president of strategy, an industry veteran with 30 years of experience. By creating appliances for scale-out data centers, private and public cloud, and enterprise-scale facilities, SoftIron radically improves industry-standard performance on all critical metrics, including density, efficiency, capacity, speed, and heat emission. SoftIron takes the game a step further by rebelling against the contemporary norm of taking generic components or sub-assemblies, and bolting them together and dropping on software. All design, firmware, and manufacturing are done in-house in Newark, CA, under strict controls. The cherry on top: SoftIron is the ONLY manufacturer offering auditable provenance on every single appliance it supplies—giving a new meaning to the word "security". “Customers can audit for themselves right down to every line of code, a facility which is just not possible for even the largest of the technology vendors," adds Moloney.

SoftIron’s unique approach is a massive game-changer for customers who are struggling to fill racks in their data centers because they're running out of power, or who are experiencing challenges in keeping their racks cool - ending up with half-filled racks in their data centers. "In storage, we support the industry-leading open-source storage platform, Ceph. We help enterprises implement Ceph in data centers in the easiest way possible. We take the same approach in networking, with data centers leveraging an open-source architecture called SONiC," says Moloney. In optimizing SONiC (Software for Open Networking in the Cloud) - an open-source network operating system originally built by Microsoft for scale-out performance networking--the company creates high performance, top of rack switches (HyperSwitch™) using the same architecture.

The Question of Convenience

But, here's the question though: How convenient is it to use SoftIron's innovation which is based on open source, especially when the concept of open source comes primarily from the world of research and science? Coupled with the rapidly evolving nature of technology which invariably outpaces older skill sets, this results in a growing data center skills gap.

The team at SoftIron has an innovative solution to overcome this nagging issue. Moloney explains, "We have been able to dramatically improve the usability to the point where you don't need the same kind of skills that would otherwise be required to adopt these types of technologies." SoftIron provides customers with a unified, flexible platform that can cater to file, block, and object storage - all within the same architecture. This essentially means a client never has to use a command-line interface or have significant programming skills. The user gets a sleek and intuitive management interface that integrates the hardware and the open-source software. Because the hardware is purpose-built to optimize the software, it allows granular levels of control throughout the stack, a claim no other vendor can match.

When SoftIron designs a solution, the team starts the holistic implementation process by identifying the best in class open-source architecture, depending on the application. "Our approach is to start with the open-source software platform and effectively reverse engineer it to understand the type of demands the software makes on the hardware.

We build task-specific appliances, which are designed to only run one particular kind of software-defined architecture, so they're completely optimized to run them from the ground up

We start there and then build our own architecture to optimally support it," says Moloney.

SoftIron's networking range is called HyperSwitch™. It's one of the only Ethernet switches that is completely balanced in terms of its in and out capacity. The HyperSwitch range includes three models, optimized for hyper-scale data center performance with simplified core networking functionality, and wire-speed on all ports with performance. They are: 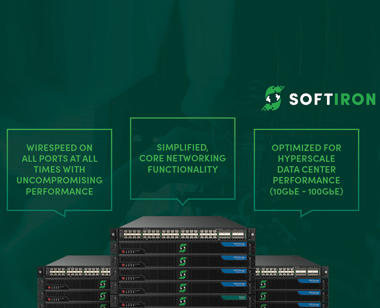 Delivering simplicity, scalability, and performance with packet speeds of up to 1.8 terabits per second, HyperSwitch offers data center operators the ability to build lightning-fast, scale-out data centers without the compatibility issues or vendor lock-in associated with proprietary solutions. By including an AMD EPYC™ Embedded 3000 Processor that can be used flexibly by network operators for network security applications such as firewalls, or dedicated storage managers, and virtually any other software desired for custom networking operations, HyperSwitch units add power and extensibility. SoftIron also offers a free trial on all of its products. Uniquely in the open-source world, SoftIron serves as a one-stop-shop for software, hardware, and necessary end-to-end support.

SoftIron is going from strength to strength, having raised $34 million in March of 2020 and demonstrating accelerated growth quarter over quarter. Reiterating another exciting aspect of SoftIron is that the company is entirely location independent. "We were a truly global organization from the start, with many of our staff home-based, or working in small localized teams. When COVID-19 hit, it made very little difference to our day to day operations," asserts Moloney. Having its team spread across UK, Europe, APAC, and the U.S., is an incredibly powerful differentiator for this business and a boon to many companies seeking solutions provided by SoftIron, especially with evolving data infrastructures. "We're seeing more of the data center infrastructure being pushed further out or being established outside of hyper-scale data centers. There is the emergence of edge infrastructures in regional data centers. Those data centers have to provide high performance and low latency because of the kinds of applications they now have to run," says Moloney. That being the case, SoftIron, which is continually working to evolve its offering to support its customers, stands to be the top contender to becoming the juggernaut in this space. London, UK - SoftIron Ltd., the leader in task-specific data center solutions, announced that it has joined the Integrated Rule-Oriented Data System (iRODS) Consortium, which supports the development of free open source software for data discovery, workflow automation, secure collaboration, and data virtualization. In joining the consortium, whose data management platform is used globally by research, commercial and governmental organizations, SoftIron has certified that its open source, Ceph-based HyperDrive® Storage Appliances are compatible with the iRODS architecture.


With the open-source nature of Ceph and its Swiss Army Knife capabilities that combine file, block, and object storage within the same infrastructure, we think that SoftIrons HyperDrive storage appliances are a perfect complement to organizations using iRODS, and who want to scale their storage in a supported, simplified, flexible way, said Phil Straw, CEO of SoftIron. And, were especially pleased to formalize our membership this week, to coincide with BioData World Congress. The event hosts some of the worlds leading life science organizations - many of whom use iRODS as a key data management platform in pharmaceutical research - enabling collaboration in their pursuit to solve some of the worlds great challenges. Phil continues; These organizations are already using open source iRODS to advance their mission critical research, so were excited to showcase what SoftIron and Ceph can do to provide them with performance, flexibility and scalability gains, as well as reducing their total cost of ownership.


SoftIron and its strong orientation to open source is a great addition to the iRODS ecosystem, said Jason Coposky, Executive Director of the iRODS Consortium. Ceph has been gaining traction with both vendors and end-user organizations engaged with iRODS. Welcoming SoftIron, which purpose-builds hardware to optimize every aspect of Ceph, as a member brings immense value to that ecosystem. We look forward to collaborating with SoftIron as we work together to bring added capability, and flexibility to the iRODS community.


In order to give iRODS users and others in life, bio and pharmaceutical sciences a perspective in using open source Ceph as part of their operational foundation, SoftIrons Andrew Moloney, VP of Strategy, will be presenting this week during the BioData World Congress. His presentation, titled, Redefining Software-Defined Storage - All the Performance, Without the Complexity, will discuss some of the most important drivers of HPC storage growth, the operational challenges in storage infrastructure, and various infrastructural approaches for building software-defined storage architectures. Andrews talk will be available at 12.30pm GMT, November 9th, 2020. For more information, or a copy of the talk, please email info@softiron.com

Cephs inherently flexible and scalable nature has made it an increasingly popular storage platform across the spectrum of industries grappling with the scaling demands of their data and its varying types, said Phil Straw, CEO of SoftIron. As Ceph grows in popularity, there is a clear need for capable services to help organizations manage the powerful, but often complex nature of Ceph. From the outset, SoftIron has gone all-in on Ceph. Weve built a portfolio of storage appliances that maximize its performance and utility from the source code on out, providing productization of Ceph to its fullest form. We are now offering our comprehensive expertise to help enterprises adopt and maximize Ceph at scale, for everything from edge deployments to cloud bursting and on-premises scaling.

As the demand for Ceph continues to grow in enterprise environments, more vendors and support alternatives are a great addition to the ecosystem, said Sage Weil, founder and chief architect of Ceph. Making Ceph support more available, across a wide range of scenarios, is a great thing for the community and only serves to improve the overall storage experience for end users."

Leveraging its status as the worlds leader in Ceph productization, SoftIrons HyperSafe will entail a customer-centric approach that meets organizations and their infrastructure wherever it is. Services will include migration for those that want to leverage the performance optimizations available with SoftIrons broad HyperDrive line of storage appliances, as well as enterprise-class services for those who choose to run Ceph on their existing bare-metal infrastructure.

• SoftIron HyperDrive Migration - Assisting in the migration from a legacy Ceph installation to SoftIrons HyperDrive appliances.

• Transition to SoftIron Linux - Utilization of the only Linux distribution in the world tuned for Ceph performance.

As Cephs appeal continues to permeate industries, its important for these organizations to be secure in the knowledge that they are working with experts who are as invested into Ceph as they are, said Andrew Moloney, Vice President of Strategy for SoftIron. As a founding member of the Ceph Foundation, with thousands of hours of hands-on Ceph tuning and configuration optimization experience, organizations will be hard-pressed to find more compelling value for world-class Ceph support. With HyperSafe, SoftIron is providing assurances that organizations will be able to get the most of the utility that Ceph can offer their present circumstances, as well as strategy that looks to the future.

Description
SoftIron® is the world-leader in task-specific appliances for scale-out data center solutions. SoftIron eliminates vendor lock-in, siloed operations, and complexity to enable flexible, efficient, scalable, and high-performing outcomes. We do this by creating task-specific appliances that leverage leading open-source software - all of which are designed, built, and assembled transparently 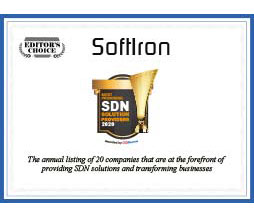 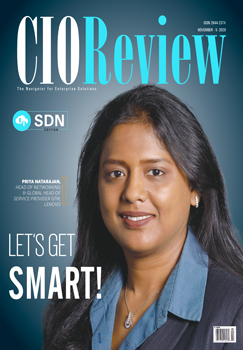