The year is 1997. Age of Empires is fueling an adrenaline rush among gamers across the world. Virtual builders and soldiers are focused on building forts to defend their resources from attackers who are trying to invade their settlements and demolish their defenses. Stronger the walls, better the chances of survival for the defenders.

23 years later, the need to build stronger walls has become critical for the entire world of IT. What has changed? Instead of defending the settlements and kingdoms, today, we need walls to protect our websites and applications from the aggressive environment of the internet. With innumerable cyber-attackers trying to take over our applications, the necessity of an efficient web application firewall (WAF) that can detect and eradicate the malicious attacks increases. However, most of these WAF can prevent familiar attacks and are not able to detect probable vulnerabilities or the means hackers might employ to infiltrate the existing security functions. This calls for tedious manual processes where security specialists need to identify real-time vulnerabilities and potential threats that the regular firewalls fail to detect. In fact, most traditional WAFs lack cloud deployment options and rely on regular expressions that are cumbersome and expensive to maintain.

However, Wallarm’s WAFs are highly distinct from the commonly used firewalls. Wonder how? Wallarm not only blocks attacks but also continuously monitors applications for critical flaws using an integrated vulnerability scanner. Upon detecting any abnormal behavior, it provides instructions to developers on fixing it and ensures a secure development lifecycle within the organization. Also, the powerful WAFs detect zero-day threats and safeguards unpatched applications by identifying exploits against unpatched applications.

Through its plethora of products such as the Cloud- Native WAF, Wallarm FAST, and Wallarm DAST, the company provides comprehensive protection to the modern web applications and APIs. These next-generation solutions employ advanced context-sensitive security rules that adapt to the application logic. It further defends all possible attacks, including XSS, XXE, SQL Injections, RCE, Bots, application abuse, logic bombs, and other potential OWASP threats. Furthermore, the easy-to-configure solutions diminish the need for manual rule configurations and can be easily customized according to the application architecture. With dozens of discovery techniques like sub domain enumeration, BGP and DNA smart lookups, RIPE records analysis, and others, the Wallarm DAST generates real-time alerts the moment new assets get exposed.
Penetrating into network perimeters like domains, IPs, and services, DAST actively pinpoints high-risk incidents by verifying malicious payloads from the attacks and detects app-specific vulnerabilities that hackers might exploit. Additionally, Wallarm FAST conducts dynamic security depending on the speed of the DevOps and transforms existing functional tests into security tests in the CI/CD. Equipped with striking cool features, FAST also enables DevOps teams to maintain the balance between the security of the application and short release cycles.

The Wallarm platform comprises of two important components—Wallarm Nodes and Wallarm Cloud. Deployed locally, the nodes administer the DPI approach to decode and analyze complex nested formats to inspect traffic and block malicious requests. Calculating the traffic metrics that characterize the application using statistical algorithms, the Nodes further send the reports to Wallarm Cloud, which is then fed into the Wallarm AI. Implementing a three-layered machine learning engine to reconstruct applications’ business logic, the Wallarm Cloud then identifies endpoints, data boundaries, and normal user behaviors to deploy customized security rules into the Nodes.

In essence, managed and scaled by DevOps tool chain, the highly adaptive Wallarm security platform is reliable under any environment and is ideal for GCP, AZURE, and other public clouds. Also, the robust filtering nodes, usually available as pre-packaged images for Google Cloud and Microsoft Azure, easily integrate with the public cloud account and restrict sensitive information within the respective VPN boundaries, hence protecting the data from a third party or SSL access.

Taking giant strides already, Wallarm is all set to disrupt the dynamics of web application security across the globe.

Description
Wallarm is helping customers to implement application security functions for CI/CD environments. It is a high-performance WAF with the ability to verify the impact of malicious payloads in real time, allowing SecOps and DevOps teams to focus on real risks without manual attacks analysis. Wallarm is adapting security (blocking) rules automatically for each release which ensures low false positives rate even for agile CI/CD approach. It is a scalable hybrid-architecture solution with nodes deployed as packages, Docker containers and dynamic modules for NGINX/plus, while machine learning is performed by Wallarm cloud service 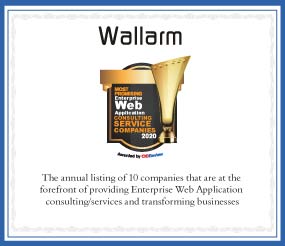 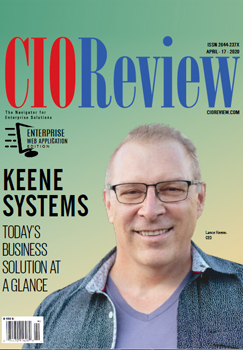