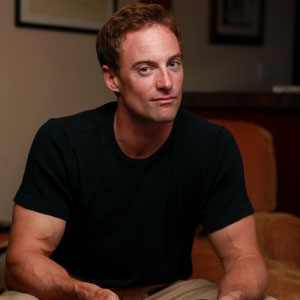 Mr. Bruemmer provides leadership and vision as CEO of 5D. He enjoys finding ways to fuse emerging science and engineering into innovative technologies that can change the way robots interact with humans and their environment. Mr. Bruemmer has developed and patented robotic technologies for landmine detection, defeat of improvised explosive devices, urban search and rescue, decontamination, chemical plume tracing and decommissioning of radioactive environments, air and ground teaming reconnaissance systems, facility security and a variety of autonomous mapping solutions. Mr. Bruemmer has authored over 60 peer reviewed journal articles, book chapters and conference papers in the area of intelligent robotics.

Before co-founding 5D, Mr. Bruemmer provided technical, managerial, and programmatic leadership at the Idaho National Lab for a diverse, multi-million dollar research and development portfolio. His team included a multi-disciplinary group of scientists and engineers including mechanical, electrical, computer, and human factors engineers; cognitive psychologists; computer scientists; and roboticists. Mr. Bruemmer established strategic research collaborations with many universities, government labs, and industry partners. Between 1999 and 2000, Mr. Bruemmer served as a consultant to the Defense Advanced Research Projects Agency (DARPA), where he worked to coordinate development of autonomous robotics technologies across several offices and programs.

Gear Up for the Future of Intelligent Robotics
Within a few years the prevalence of intelligent mobility will change dramatically. Many technology companies and automotive manufacturers are ramping up their efforts to develop self-driving cars. However, in order to merge manned and autonomous vehicles onto existing roadways we will have to overcome significant policy and infrastructure road-blocks. Moreover, smarter...