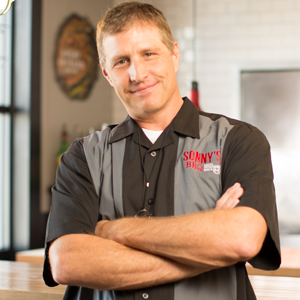 Joe Tenczar is Vice President of Marketing & Technology and the Chief Information Officer for Sonny’s BBQ, one of the largest and most popular barbecue restaurant companies in the country. Tenczar joined Sonny’s BBQ in 2014 with a focus on creating the franchise restaurant technology blueprint of the future.  His specialties include emerging technology’s place in hospitality as well as how information can be best utilized to make strategic decisions.

In 2016, Tenczar took over responsibility for the Sonny’s Brand Marketing team and is also currently overseeing Sonny’s Finance and Purchasing teams.

After beginning his career as a programmer and manager for financial software companies, Tenczar was a senior technology leader for the second largest arm of the Marriott Corporation.  He then joined Ripley’s Entertainment as VP of Technology.  Prior to Sonny’s, he was the global CIO for Hard Rock International from 2006-2014.

Tenczar holds a dual Bachelor of Science degree in Computer Science and Telecommunications from the University of Florida and a Masters of Business Administration from the Crummer Graduate School of Business at Rollins College.  He sits on the executive advisory boards for the following: Central Florida Society for Information Managers, Hospitality Technology Magazine, MURTEC, FSTEC,  the Dr. Phillips Center for the Performing Arts, and several cutting-edge hospitality technology companies.

Restaurants are Ripe for Innovation
Embracing cloud computing and big data for success At Sonny’s BBQ, like many franchise companies, we have a relatively small IT staff when compared to chains that own many or all of their restaurants. When I joined in 2014, I wanted to make sure we didn’t have to use our vital few resources to keep a large data center running. We made the conscious...