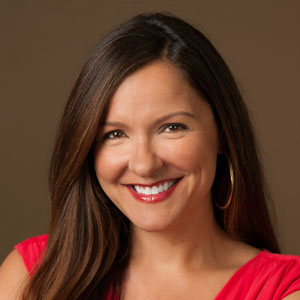 Melissa Palazzo is the President of Ant Farm who, along with a talented team, works continually on award winning campaigns for some of the biggest names in entertainment and media. Under Melissa’s leadership Ant Farm has earned numerous accolades and awards in advertising and promotion, a few of those include, a Cannes Lion Award, multiple Emmy Awards, Effies, Telly Awards, Game Marketing Awards, several Broadcast Design Association Gold Awards, and multiple Clio Awards.

Melissa is a creative, high-energy, entrepreneurial business and marketing professional with nearly 20 years' experience in leading creative, technology, strategy, and talent for some of the most prestigious brands. Prior to her role as President of Ant Farm Melissa has held leadership positions at Ketchum Public Relations, USA Networks, Miramax Films and Sony Pictures. Melissa is a strong believer in a motivational management style with an emphasis on innovation, staff growth and development and has a history of building and retaining award winning teams who love what they do.  Melissa is on the Executive Board of A Place Called Home, a wonderful organization which focuses on creating opportunities for children and teens in South Central Los Angeles.

Building a Strong Connection
There’s a question that all advertising agencies must ask themselves on a daily basis. How can we truly connect with our audience? More specifically, how can we have an authentic emotional connection with the viewer while still retaining the uniqueness of the brand? We live in a time where technology is perpetually evolving and if one cannot keep pace, it’s...

Staying Connected to Organizational Priorities is Vital for Innovation

Comprehensible Distribution of Training and Information to Proliferated Users