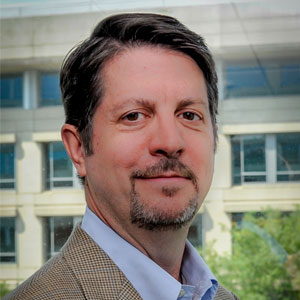 Mr. Cole, who is retired from the U.S. Army, has over 30 years’ experience in communications, intelligence, cryptography and a variety of other IT and security environments. His last military assignment was as the technical operations manager for Network Security Services at the Pentagon. Here he was responsible for oversight of the security teams controlling the Pentagon backbone, which included building the Pentagon Computer Incident Response Team (PENT-CIRT). In 2014, he received the Government Computer News Industry IT Executive of the Year award, and in 2015 he was inducted into the Wash 100 by Executive Mosaic as one of the most influential executives impacting Government. He has a bachelor’s degree in computer ntworking and is a certified information systems security Professional (CISSP).

UNDERSTANDING CYBER RISK to Adopt the Appropriate SECURITY FRAMEWORK
How Good Do You Need To Be? Today, every organization faces a daunting challenge to ensure they are not significantly impacted by a cyber-attack. This is because every organization–regardless of size–is a target for these attacks. The majority of C-Level executives within large organizations now understand that cyber breaches will happen sooner or later...