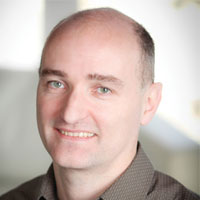 Neil Cawse, CEO
A couple of decades ago the Telematics industry was in its embryonic stage where various companies were striving to give the best to their customers. As the world has traversed forward, the industry has gotten rich and broad with numerous firms and organizations apprehending the need to provide the data pertaining to customer’s vehicle. One such eminent example is Canada based Geotab, who, since 1999, is a part of the Telematics space and thus has emerged as a leader in Telematics data recording and processing for client computers and maps. Geotab was the first provider of a Telematics platform with a rich, free software development kit enabling Telematics service providers and customers access to quality, and reliable datasets.

Geotab has been leveraging IoT since past many years, long before many were still getting acquainted with this space. With the advent of Cloud, now the firm has streamlined their services even further, enabling themselves to cater their customers in more efficient manner. “Connecting vehicles with all the rich data about what the vehicle is doing, how it is performing and what may be wrong with it, to the Internet and then analyzing everything using the Cloud has been part of Geotab’s long standing vision,” explains CEO of the company Neil Cawse. “A key part of our IoT strategy is our Software Development Kit that enables customers to extend the Geotab Telematics data with other IoT software systems,” he adds.

Geotab is primarily focused on Fleet Telematics. This firm is considered to be the fastest growing market leader selling fleet Telematics device in both 2013 and 2014 and has 40 of the top 100 fleets in terms of vehicles relying on Geotab GO cellular IoT connected devices hosted in MyGeotab.
Geotab is unique in the world of Telematics providers in IoT as they are the sole provider of collection devices, cellular network connection, IoT gateway management portal, and an IoT based data center supported by APIs.

Geotab has a number of patents related to Fleet Telematics. One of the most novel solutions the firm provides is the method of determining when to transmit data. Data is not sent on a time or distance basis rather it is send whenever there is a change in direction, speed, engine parameter, and such related aspects. It confer customers an optimum amount of quality data, without noise and duplicates at the lowest possible cellular MB and server overhead cost. Other novel innovation pertains to hardware itself. With four separate CANBUS networks on board, Geotab now monitors simultaneous, multiple vehicle communication networks and protocols. Customers can now detect all of the vehicle data communications from the engine, the drivetrain, the instrument cluster as well as other subsystems that may be installed.

Geotab is an engineering company that relies on professional Value-Added Resellers who represent their technology. Over the next three years, Geotab intends to further encourage companies to build software user interfacing solutions and third party applications on top of a Geotab data foundation, which the company believes has the best opportunity for innovation.

Description
A proven industry leader in the area of GPS fleet management and vehicle telematics. 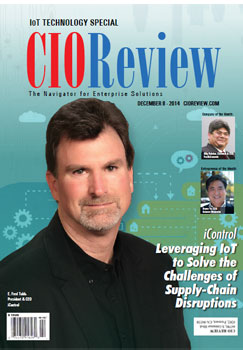