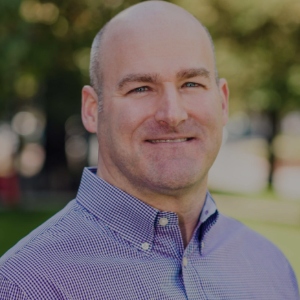 Chris Munford, Founder/CEO
In a meeting, a Google doc is presented to the participants.

When a participant makes an edit, it is simultaneously visible to everyone else (given there’s no internet lag for any party involved). If more participants join, they can see the new version.

“We’ve made a platform for operations teams to help operate their platforms and applications,” says Chris Munford, founder and CEO of Nethopper KAOps. Through the platform, an operations team can create or destroy infrastructure and deploy application upgrades instantaneously without knowing the intricacies of programming or the source codes.

Nethopper’s multi-cloud application network became the base of their KAOps, Kubernetes Applications Operations platform, and the underlying philosophy is GitOps.
A term coined in 2017 by Weaveworks and gaining traction in mainstream DevOps, GitOps allows operations teams to define their IT and enterprise applications in the desired state in a Git repository and employs automation to enforce that state. It’s a robotic process where the infrastructure stays in sync with what’s written in the Git repo. The source of truth for these applications and IT infrastructure is under source control, where instantaneous auditing and pushing the ‘undo’ button can be performed.

When an eight-year-old healthcare analytics organization wished to scale their range of applications with the proliferation of customers, KAOps was the perfect platform for them. The organization has the largest healthcare systems and hospital chains as their clients, where they analyze various data from different applications. The analytics company had an IT team to run these applications and a DevOps team to operate them. Due to a lack of automation, they had to expand these teams as the customers grew. They wished to increase the number of applications while maintaining the exact headcount and reducing the processing time of customer requests. Upon introducing the KAOps platform, the client reduced the duration for approval of customer requests from four days to two hours. “This is a 10 to 50 times improvement in their processes by bringing automation to their IT and DevOps,” adds Munford.

Businesses must create more applications to attract and maintain customers and not spend significant resources on building platforms. KAOps speeds up the entire process and provides an infrastructure-agnostic platform to develop and audit applications simply by editing a Google Doc. KAOps is a more deterministic, auditable, and error-free approach to operating infrastructure and can be procured from the Nethopper website. 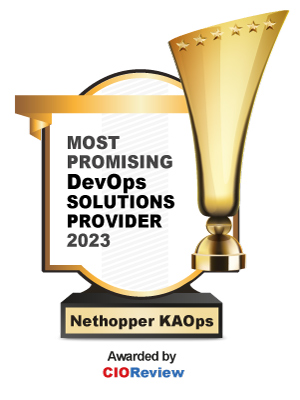 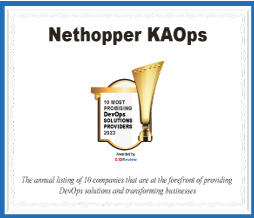