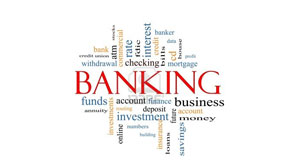 In a recent incident, a deputy manager of the PNB (Punjab National Bank) manipulated 150 letters, asking other banks to grant the loans for jewelry businesses, under the surity of PNB. All the falsified letters caused the PNB to be the victim. Fintech experts emphasize that, if the blockchain technology was used for transactions at PNB(Punjab National Bank), this fraud could have been prevented or detected earlier because the transactional records are kept on a decentralized database which enables multiple views. As the transactions were done through swift-network from PNB, it was hard to be detected. These were not recorded in the internal record-keeping software which is not linked to the SWIFT system. This led to the understanding of the necessity of implementing blockchain technology in the Indian banking system. These frauds are being observed more in public sector banks. The question is, how can blockchain technology prevent such fraudulent activities?

Blockchain technology ensures point-to-point tracking of transactions made and provides transparency of transactions. It stores the data across its network and removes the threats or risks that come with the data that is centrally held. A recent Deloitte report states that blockchain helps in eliminating the intermediaries, maintaining transaction logs, and enabling real-time execution of transactions. A key feature of blockchain technology is a smart contract which is capable of digitally facilitating and verifying the performance in detecting the fraudulence. Smart contract identifies the inconsistencies with the help of automatic reconciliation with core banking system and restricts the payment initiation over the SWIFT network. If the blockchain technology is integrated with the core banking system group, borrowing limits can be identified instantaneously. Blockchain makes it impossible to forge documents as the complete data is cryptographically secured and immutable. Blockchain has the potential for global liquidity optimization.

However, blockchain cannot solve all the issues facing by the banking sector today. Organizations are still gauging how it can be used optimally. It is up to the banking enterprises to come up with advanced technologies that are tamper-proof. Some of the banks like ICICI, South Indian bank of India, and State bank of India have started testing waters with blockchain. A dozen of insurers have begun the country’s first blockchain project in developing business and track agent records while flagging fraudulent transactions. SWIFT started implementing blockchain-based solutions to overcome fraudulent issues and threats and signed an agreement with seven Central Security Depositories to look into the post-trade processes of the blockchain.