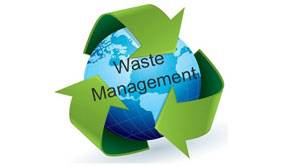 Switching to artificial intelligence (AI) by automating the process of garbage sorting will result in better disposal methods leading toward sustainable recycling.

FREMONT, CA: The tons of garbage that are generated each day create a challenge for the waste management systems, mainly due to the inefficiency of the existing system to manage them. According to a poll from The Guardian, British consumers have little idea about precisely what household waste they can recycle, along with the 48 percent of Aussies.

The problem is often undermined due to the lack of awareness. For instance, throwing an item into the wrong bin can mess up an entire batch of recycling. In the best case, it will cost extra money and time for the removal at the sorting facility. At worst, the oddly placed item can contaminate a load of recyclables resulting in even worse waste. A spoonful of peanut butter can leave a ton of recyclable paper useless. Thus it’s time to move on to better solutions such as smart recycling. Switching to artificial intelligence (AI) by automating the process of garbage sorting will result in better disposal methods leading toward sustainable recycling.

• Intelligent trashcan equipped with IoT sensors and AI programs is another example of smart recycling. The sensors present on the can measure the waste content of the garbage thrown inside them and send the information to the main disposal system for processing. The system differentiates the data based on the quantity of waste, type of garbage, and the waste disposal methods.

• For highly urbanized places such as Tokyo, smart bins placed in public areas can also serve as an excellent solution for highly populated urban areas. The solution is especially suited for countries like Japan, where the users often toss the garbage into wrong bins due to complex garbage segregation rules.

Thus AI equips those responsible for waste management with smarter ways to dispose of and recycle garbage, thereby contributing to environmental balance for a better future.