All about Virtual Machine Compatibility 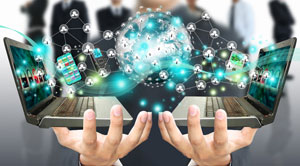 Virtual machines technology refers to the concept of virtualizing an entire machine, avoiding the constraints of a real machine and the constraints of the hardware resources to make possible a higher degree of software flexibility and portability. In the present scenario, virtual machines are increasingly becoming a vital part of the computer system design. Virtual machines provide cross-platform compatibility, system security, reliability, flexibility, and resource efficiency. They are designed to solve difficulties in using and combining major computer system components, it plays a key role in many disciplines, including programming languages, computer architecture, and operating systems.

A virtual computer system is referred to as VW or virtual machine, which is, in simpler words a software container that is tightly isolated, with an operating system and application inside. Each self-contained VM is completely independent and numerous virtual machines on a single computer system make it possible for multiple operating systems and applications to run on a single physical server, which is also called as the host. Additionally, software termed as hypervisor helps to separate or decouple the virtual machines from the physical system and dynamically assigns computing resources to each individual virtual machine as required.

For example, the hypervisor helps virtual machines to run Windows Server and Linux operating systems on a single physical system. This helps in decreasing the use of numerous hardware systems, streaming it down to a lesser number of systems with more efficiency. When virtual machines are created in a particular hypervisor platform, it will be difficult to use in a different hypervisor environment. Most often, virtualization file formats are highly incompatible and to achieve compatibility across multiple hypervisors there are certain criteria to be considered.