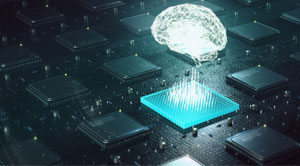 The impact of technologies is not limited to on-field activities; instead, they are also enhancing viewer experiences.

FREMONT, CA: Technologies in sports are increasingly transforming decision-making and on-field practices. However, the effects of technologies are not limited to on-field activities; instead, they are also enhancing viewer experiences. Though several technologies have contributed to these transformations, Artificial Intelligence (AI) stands out due to its immense practical applications. For instance, AI and smart cameras are being used to identify racing infractions. AI-supported devices are also being utilized by the fitness enthusiasts that send them not only biometric details but also pep talk. AI-enabled golf platform allows players to virtually walk the course with a hint on which direction to hit, which club to use, and other information as per course, weather, and player’s ability.

Role of AI in FIFA

As the technology undergoes rapid transformations, conventional systems are getting replaced with more innovative alternatives. AI is gaining momentum as it touches various aspects within the sports domain. For instance, Goldman Sachs’ analysis on the probable winner of the FIFA World Cup, 2018 which was possible after running 2,00,000  scenarios, as per the team data and the attributes of individual players. Machine Learning (ML) is also being leveraged to predict the outcome of sports like the NBA.

AI-based applications traverse beyond football and are likely to be extended to the Olympic Games Tokyo 2020, for which the Japanese government is investing in the development of an AI-based spectator guide system. Developers can also share their ideas to enhance the viewer and athlete experience.

Along the similar lines, AI along with hundreds of sensors communicate with each other on the motorsport tracks as well which can guide the driver to decide on how to handle the curve ahead and when to accelerate.

In spite of the amazing potential of AI in sports, its applications have been limited mostly due to the lack of conscious efforts to promote it. However, as technology gets better and more adept, there is no doubt that it will create enhanced venue experiences. Such transformations will not only draw fans but also add to their experience from the comforts of their homes.