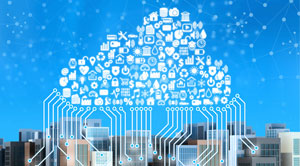 NEW YORK, NY: The global study titled “APIs and the Digital Enterprise: From Operational Efficiency to Digital Disruption,” commissioned by CA Technologies has unveiled the widespread use of APIs in application economy landscape. The survey was conducted by IT Industry analyst firm, Freedynamics.

The study has reported from the respondents that people who are using APIs to build mobile and web applications are 76 percent and 78 percent respectively. Those who are using APIs to integrate back-office systems are 79 percent. Companies using APIs to enable third-party developers and incorporate third-party services are 74 percent for each. The report also cited that 85 percent of the respondents were satisfied with customer experience; also84 percent expressed their delight regarding faster delivery of new apps and extended digital reach. “APIs can add tremendous value to a business, but simply having them is not enough. It has to be properly created, managed, and secured as we saw in recent connected car incidents or the Snapchat breach two years ago,” says Rahim Bhatia, General Manager, Developer Products, CA Technologies.

Overcoming API challenges is supported by the API Capability Index, a segmentation created based on feedback from 920 IT respondents who participated in the study.  The survey asked the participants if they had 10 API-enabling capabilities in-place, grouped into four categories: Lifecycle Support, Core Security, Run-time Environment and Operational Management. The responses were assigned a numeric value, broken into three groups based on Advanced, Basic and Limited APIs. The global responses were evenly split with 34 percent Advanced, and 33 percent Basic and Limited. “The study revealed strong correlation between the level of API-enabling capability and the benefits achieved from API-related investments. On average, advanced adopters are two to three times more likely to be citing significant benefits than their peers at the other extreme,” says Tony Lock, Distinguished Analyst, Freeform Dynamics.