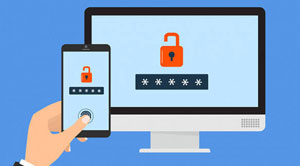 FREMONT, CA: With advancing tech innovations, the threat toward the company’s data also increases. The technology has a good and the wrong side of it, which depends on the user to use it wisely. When the entire world uses the internet to simplify life, many people also misuse it for their benefit. The hackers, criminals, and thieves exploit the technology to carry out the theft of data from other channels and make money out of it. It has shown significant challenges when it comes to the security of data that is transferred, shared, or received on an electronic platform.

Enterprises are most vulnerable to cybercrimes, and devices such as the POS system are especially the hot targets of cybercriminals. Millions of transactions are being carried out on POS systems, and sensitive data such as card details are used for those payments over the internet. As a result, it influences the hackers to eye on stealing the information from the POS systems, which, however, pose severe threats to its security.

Nevertheless, if the POS system is integrated with one of the most secured biometric technology, it can fight the nuisance.

With evolving trends of technology, the method of accessing everything via passwords and pins are outdates now. It can be easily hacked, even if there are some complicated patterns to crack.

Therefore, the need for a robust and secure security method has risen, where enterprises are implementing biometrics technology. As per Gartner, the international market of biometric technology is experiencing a compounded annual growth rate of 21.6 percent, giving biometrics a push to develop and survive further.

Biometric features involve fingerprints, hand or palm geometry, iris, veins, and even face recognition to identify people. They are characteristics that cannot be copied or mimicked by anyone else like are so distinguished that they cannot be copied or stolen like the passwords. It is one of the significant reasons why enterprises should protect their POS systems with biometric features rather than passwords.

In order to avoid the thefts via POS systems, it is ideal for making use of the advanced biometric technology. Its security features can help in improving the efficiency of the verification method. Additionally, it includes extra layers of security to the entire infrastructure.

There are other devices available in the marketplace that has biometrics security, which might get a lot pricey than it. A fingerprint scanner has impressed the users continuously with a lower amount to spend along with an effortless installation procedure. The POS systems make use of credit as well as debit cards for transactions and, unfortunately, are considered to be easy victims for robbing data and information. Clubbing the POS system with a robust fingerprint authentication process is a must when it is about enhancing the level of security of an enterprise POS.

The traditional idea of utilizing a login ID and building a secure password looks a lot vulnerable to hackers and helps them to extract the confidential data conveniently. With features like fingerprint scanning, the users will not be able to manipulate or use any false identity to log in to the enterprise POS system. Furthermore, anyone who tries to mishandle the device or the system will be caught red-handed. In a nutshell, biometrics helps in figuring out what is real and fake.

Eliminates the Entry of Malware:

The fingerprint scanning system eliminates every malicious attempt to bring the malware in the system. The complete process of using the POS system with passwords needs to be replaced with fingerprint authentication as it provides much higher security standards for the system.

With the help of biometric technology, enterprises can quickly identify the person who attempts to access the system. There are possibilities of passwords being stolen. Still, a fingerprint scanner can never be fooled as it will need the fingerprint the specific person, which is unique for everyone and restrict the access to the system without authentication. 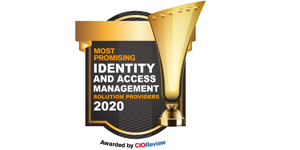 LikeMinds Consulting: Re-innovating IAM for Diverse Sectors and Businesses of All Sizes

S3: S3's Unparalleled Agility, The Era of the Boutique

Sterling Identity: A Comprehensive and Convenient Process for Enhanced Verification

DirectRM,Inc.: A Game-Changer in the IAM World