How Can the Trending Technologies Shape Digital Media in 2020? 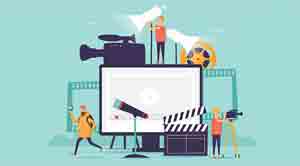 Technology, at a minimum, is considered as a common thread among several themes that are identified.

FREMONT, CA: At the end of every year, creative and media industries retrospect on the topics and visual styles that dominated the past year. Meanwhile, they also look forward to the trends that are yet to come. Although technology is at the vanguard of creative work in the present day, people are expecting to witness how it succeeds to unfold in the years to come, as social influence, AI, and the interactive video goes deep-rooted within the culture and everyday lives.

Building an Audience Base:

The creative team has created a vast amount of content that assists the social influencers in measuring their audiences. As per research, the general category increased 139 percent in the last year with the use of terms such as subscribe and download and experienced the most important spikes. Besides YouTube and Instagram as the platforms that can influence most of the social influencers to create their followings, the new spaces such as IGTV, TikTok, and Facebook Watch are also expanding the field. The move brings the massive potential for the creators who can invest in mobile video advertising. In order to improve, the creators can also have a collection of content to produce consistently and cross-promote themselves throughout the other growing platforms.

The AI trend was considered as one of the favorites to witness in 2020. The growing marketplace, with demands of visual depictions of AI, has reflected the rise of the impacts brought by the technology over people’s personal, as well as professional lives. AI technology has influenced thousands of businesses, and its relationship with humans who will power it can drastically evolve.

Interactive visual media is a merging technology, where creative teams make the user a participant while weaving a story. Interactive video content is surfacing on online sites and trending streaming services on different networks.

Some creators go out of the box when it comes to video and design. Mixed mediums, 3-D animations, and optical illusions can give a tough competition to the familiar notions of what digital creativity used to be. Visual trends are unpredictable by nature, and depend on how the creator transforms the common visual elements to bring out something new. Technology is assisting the trend and fuelling it with plenty of available editing applications.