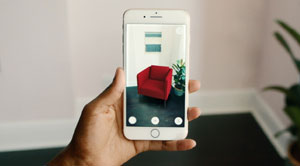 FREMONT, CA: As our daily lives become more entangled with digital technology, the quest to find unknown possibilities through innovation becomes increasingly popular. One innovative attempt which has created headlines in technological atmospheres is augmented reality (AR). From interactive calling to panoramic gaming platforms, AR has made its relevance visible in the real world. Through AR, the realm of science fiction has become a reality, and visual possibilities have become infinite. However, the present applications of VR are just the tip of an iceberg, unknown depth of which can trigger various scientist opportunities for future innovations.

From QR codes to Mobile games

The fast-paced development of remote devices and the continuous shrinking of hardware technology have made a significant impact in augmented reality (AR). High-end graphics and unparallel atmospheric resemblance produced by the next generation AR has improved the interactive experience to an unimaginable extent.

From scanning QR codes to successfully maneuvering the 3D environment on a synthetic platform, the AR technology has come a long way. Present day mobile application mostly involves a part of the AR framework that allows the user to move around a digitally constructed environment and further elevating the user satisfaction.

In 2016, the world experienced an AR movement in the competitive market with the launch of a mobile game, Pokémon Go, which provided users to track real-world location and further increased the demand of AR.

Unlike virtual reality, AR enables the users to maintain a firmer grasp on the world around them while simultaneously providing a seamless digital experience. The blending of organic and digital through AR-platforms creates a touch of reality, which is absent in other augmented technologies. Moreover, the digital grounds covered in AR not only have a significant impact on the entertainment sector but also assists in constructing builder and software developers to identify nuances in the installed systems. Even though AR is currently in its nascent stage, the ability it holds can reshape the face of the digital world entirely.