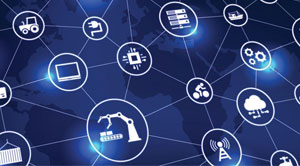 The manufacturing downtime is steadily reducing, thanks to the blessing that is the Internet of Things (IoT). While many facets shall be explored with this technological advancement, the machine-embedded sensors shall permit massive collections of data that will promote the self-healing functionality, according to scientists. This is part of SelSus, a research project currently being ventured by various academic institutions in Europe. The basic idea pertains not only to detecting certain weaknesses in the production process, but also fixing potential problems that may arise, post-production on an automated basis, through means of a self-healing procedure that is mathematically calculated. The diagnostics offered must provide recommendations to the system, before a piece of equipment shows signs of failure. This self-healing feature has the potential to take equipment monitoring off the charts.

While detecting potential signs of wear and tear—early enough in the system to predict probable malfunctions—it must also tend to the defects, in some cases. This has already been implemented in an EU-funded research partner’s system; a robotic arm that self-heals, when it begins to malfunction. Even if it were a detect resistance, instead of snapping, it would adapt to the back-off procedure, as researchers explain. Additionally, the system is capable of calculating the exact probability for a cable breaking under considerable load. This is done using Bayesian networks that work modestly behind the sensor-driven technology adapted. These networks are used to analyze the overall functionality of the machine as well as the algorithm makeup. Even so, this is a hellacious task, and programming a few algorithms does not lead to this complexity. One of the most pressing challenges in this front is building models that work efficiently for decision-making as well as simulation, such that they both reflect the real-time manufacturing environment.