Next Generation Ammonia Production Technology Gets U.S. Patented by QuantumSphere 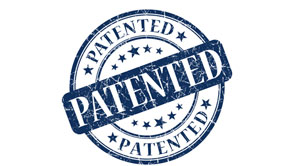 FREMONT, CA: QuantumSphere, a leading producer of advanced catalyst technologies, announced that the United States Patent and Trademark Office (USPTO) have granted a key patent to the Company related to its advanced FeNIX™ nanocatalyst accelerator technology.

Ammonia is one of the world's critical industrial chemicals, accounting for nearly $100 Bn in annual production. Over 80 percent of ammonia produced is used in agricultural fertilizers for global food production, indirectly supplying more than 50 percent of all protein consumed by humans. The demand for ammonia is expected to increase as the global population grows.

"One key advantage of the FeNIX nanocatalyst coating is that we are enhancing, not replacing, existing technologies all in the form of a drop-in solution that requires no capital expenditure,” Matthew Griffith, QuantumSphere's Vice President of Operations, commented. “By increasing the performance of standard commercial catalyst, we offer a competitive advantage to our partners. This means that we are partnering with – not competing with – key industry players."

The production of ammonia is an energy-intensive process that consumes approximately 5 percent of the world's natural gas supply. According to industry experts, a 5 percent increase in catalytic activity can convert into millions of dollars in additional profits annually for ammonia plant owners and operators.

sera: Going Above and Beyond Dosing and Compressor Technology

Materials Design: Computational Materials Science to Provide the Right Tool for Each Property