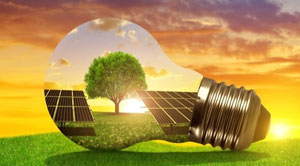 California’s government is stuck with PG&E for now. However, the upcoming generation deserves much better.

Last May, it was said that CalFire’s confirmation that PG&E is responsible for sparking the deadliest and devastating Camp Fire in the history of California bolstered the case for Newsom to either change or destroy the utility, both of which were not done.

Therefore, the government may be stuck with PG&E as the utility recovers from bankruptcy, potentially regulated by a hedge fund. For now, there are limited choices.

However, the government should contemplate changing the incentive structure of PG&E to a system based on performance for the short-term. The present cost-of-service strategy that promises a favorable return on capital investments for PG&E has been unsuccessful in compelling the utility to place a premium on security.

The government needs to consider the long-term future to make more reliable power suppliers open to Californians. This points towards the establishment of microgrids in communities across the country. This means optimizing the usage of wind and solar power for generating power closer to houses and businesses across the region, hence minimizing the risk of electricity shutdowns.

The alternative is to saddle the coming generations with an archaic system, which is an insult to an innovation-pronounced country.

A stop should be put on the aging infrastructure of PG&E. The technological equivalent of making calls with a rotary-dial phone depends on massive power stations, which are fired by fossil fuels. Keeping the electrical lines spread through thousands of miles of forests and tinder-dry brush results in constant catastrophe, especially as climate change’s effect increases.

The future’s power system has to go hand-in-hand with the clean energy objectives of the state.

Incentives should be offered by the government to develop the community choice aggregators (CCAs) further, which will enable the local governments to create their own energy suppliers and function independently from utilities like PG&E. A half-dozen CCAs are already functioning or are on the threshold of providing energy alternatives in the Bay Area.

Though CCAs are not completely perfect, yet they carry the potential to install microgrids that can do the job of providing power in the event of electricity shut down due to adverse weather conditions.

According to the State’s Energy Commission, California got approximately 35 percent of its electricity from renewable energy sources in 2018. A target of 60 percent has been set by the state, which will eventually lead to 100 percent clean energy. It is clear from the goals and failures of PG&E that it needs to transform its way of delivering power throughout Northern California.