TikTok vs. Silicon Valley: Is it Time for an Intervention? 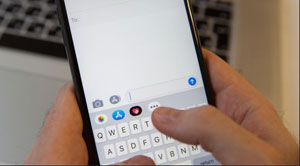 TikTok is an innovative platform and rose to become one of the world’s leading social networks rapidly. TikTok’s competitors have been struggling to secure their home turf from the advancement of services.

FREMONT, CA: Teenagers are head over heels in love with TikTok, and the helpless situation has become a worry for Silicon Valley. Run by a seven-year-old company, TikTok is a platform where people make short and snappy videos and share them all around the world. It also grew into becoming one of the platforms, having the most direct incursion until today by a Chinese company into the territory of Silicon Valley.

According to The New York Times, since the last year, TikTok has been downloaded over 750 million times. In contrast, Facebook stands at 715 million, Instagram at 450 million, YouTube at 300 million, and Snapchat at 275 million. However, the American competitors of TikTok can get significant help from the government, as a

federal panel of Foreign Invest in the U.S. is now considering ByteDance’s two-year-old acquisition of Musical.ly, the American company that became TikTok. An intervention by the government can probably serve as welcome news for the TikTok competitors, who have been struggling from their usual, to meet the rising demand of the application.

Many leading networks have launched various platforms to compete with TikTok, such as its clone Lasso, which became infamous in Mexico within no time. Apart from that, YouTube also tried to imitate TikTok by adding video-editing software within the app.

TikTok has made an unbelievable headway in the marketplace recently, and successfully acquired the attention of most of the youth. It has mostly provided entertainment to people, and companies such as Snapchat consider it more of a friend than a competition with a fair amount of give-and-take business ideas.

The CEO of Facebook, Mark Zuckerberg, introduced the popular feature of adding stories, which allows the user to post brief videos, which somewhat resembled the primary function of Snapchat as a strategy to compete against TikTok.

Free estimates show that TikTok retains fewer users than rivals. As per an app data firm, in June, nearly 26 percent of the new TikTok users still used the app a week after the scrutiny and a fine of $5.7 million and rose to 39 percent by September this year. On the other hand, the retention rate of Facebook was 45 percent, 44 percent for Instagram, and 32 percent for Snapchat.