Top Key Qualities that a SASE Must Have 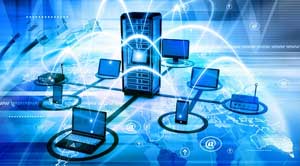 SASE architecture transfer from network designing that revolves around identity and model based on user-context.

Though some analysts aim at resolving the problem with the creation of a new architecture and it is the Secure Access Service Edge (SASE) model. The platform attaches and protects the units based on their real-time circumstances following the company’s policies.

SASE does connect not only devices but also protects them. Inline traffic decryption and encryption scale are table stake. SASE services inspect traffic with various engines that function in parallel. Inspection engines consist of malware scanning and sandboxing. SASE provides several other services, such as DNS-based protection, and distributes DoS protection. Local regulations like GDPR must be forced into the routing and security policies of SASE.

SASE architecture requirements services are stands on the context and identity of the connection source. Identity inspects various factors that include initiating user, the gadget used, and real-time aspects like the time of the day and position of the device.

The goal of SADE is to distribute the best performance of the network performance for every application everywhere. SASE also involves a universal SD-WAN service that functions over a private backbone. Using a private network assist in combating the latency problems of the internet globally. The backbone must link with the distributed PoPs that administers the security and networking software of the organization.

SASE service will be using a cloud-native structural design that does not depend on any exact hardware. Appliances must not be service-chained collectively. The SASE service, such as software, can get scaled as necessary, is numerous tenant for max cost savings, and can also be included rapidly for expanding fast service.

On-premises, the equipment on the client premises organizations options are available. However, the SASE endpoints have to be turnkey black boxes so that the consumers can turn it on and also forget about it.