VMware and AWS in A Tug of War to Conquer Clouds 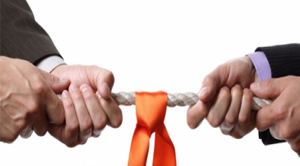 FREMONT, CA: The race is on to rule the vast expanse of cloud. Bill Fathers, General Manager of VMware has announced its full intention to be fit for the cloud throne by overcoming the current industry stalwarts at the launch of the company’s vCloud Hybrid Service in Europe.

Fathers also said that they do not believe vCHS is a direct challenge to Amazon Web Services; instead they are filling a separate need to Amazon's IaaS offerings.

The vCHS, built on vSphere is intended to provide virtualized computing, storage and network infrastructure for organizations running virtual machines on VMware's hypervisors to offload workloads during times of high demand, or as a platform for running cloud-based apps and services connected to on-premise structures. It is intended to solve fundamental business matters allowing firms to effortlessly extend their data centers to the cloud by connecting both private and public cloud, creating a hybrid cloud.

"We think about it in terms of how many of our 500,000 clients will deploy workloads on a hybrid service. We don't think it's wrong to think about 20 percent of our clients doing that in a short timeframe and that is making us one of the biggest providers of cloud services in the world," said Fathers.

Speaking on VMware and AWS, Fathers further explains, "It's very, very different. We see Amazon Web Services as a platform that organizations tend to use to deploy born-in-the cloud applications, critically that have no interdependency or connection back to legacy applications.”

VMware also offered tools that simplify the course of moving workloads running on ESX and ESXi-based virtual machines onto AWS, but according to Fathers the moving of VMs to vCHS will be even simpler. On top of vCHS, organizations can also buy managed and applications services, such as disaster recovery and desktop as a service, also allowing its partners to add services at the infrastructure layer.

All these claims and added provisions maybe true but Laurent Lachal, analyst at the cloud computing research group Ovum is still skeptical of  VMware’s stand."First, large AWS instances have been popular from the start because enterprises would simply dump applications in them without redesigning them for the cloud. Second, internal apps increasingly reach out to apps on AWS," says Lachal.

"It makes sense for VMware to position its offering in the way it does. The question is whether VMware will be able to expand into AWS territory as quickly as AWS is expanding into VMware territory,” he adds.