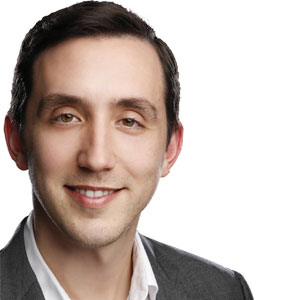 Lucas Dussurget, CEO
When ITIL 4—the latest edition of ITIL—was released earlier this year, IT teams from across the world entered into a huddle and began devising plans to support their organizations’ digital transformation initiatives. Since the new framework embraces the latest trends in technologies and service management, IT teams knew that they had to work alongside development/product teams to integrate digital technology into all areas of their businesses. Unfortunately, for IT teams, the transition is proving to be a steep mountain to climb.

Since previous version(s) of ITIL don’t take agile practices or DevOps into account at all, IT teams and service leaders are forced to make real-time changes to their operations to keep pace with agile practices of development teams.

So, how can IT teams adopt new processes while letting their enterprises keep the lights on?

Meet Valiantys, a rare ITSM solution provider that brings deep-rooted expertise on both sides of the equation: ITSM and enterprise agile development. “The fact that we understand both worlds, not just the world of developers or IT operations, helps us immensely in enabling those clients that want to modernize their approach to ITSM,” says Lucas Dussurget, CEO of Valiantys, a leading Atlassian Platinum Solution Partner.

As some members of Valiantys were involved in the development of Atlassian tools, such as Jira Service Desk, the ITSM specialists truly understand the perspective of agile software development teams. Stands to reason why Valiantys leverages a proven tool such as Jira Service Desk to help its clients enhance ITSM. “Since the tool is fully integrated with IT operations tools, IT teams can seamlessly connect their processes with development teams. For example, when the development team releases a new agile process, Jira Service Desk connects the dots and provides a uniform view with attributes specific to each team. This way, the IT team is able to modify on-the-fly and never miss a beat,” explains Philippe Delanghe, CCO, Valiantys.

Similarly, Jira streamlines the bug management process of ITSM. Typically, when an IT team identifies a bug, the development team is intimated, and multiple processes hinder the development cycle release. However, Jira offers a common language and connects multiple teams across a single tool. “It does so while respecting the fact that development teams and IT teams work in their own specific ways. Jira does not attempt to fit every team into an identical process,” adds Lucas Dussurget, before highlighting other features of the Jira solution suite such as easy configurability, personalisation, automation, and seamless integration.

The convergence between the processes of IT teams and agile development teams is upmost in the checklist of the modern CIO. However, “Time-to-Value” continues to be a predicament for enterprises embarking on their ITSM transformational journey. Since business processes constantly change every few years, IT teams can ill afford to prolong the deployment of their new ITSM processes. “We have heard customers needing up to three years to get value from their transformation,” adds Philippe Delanghe.

Valiantys, meanwhile, has a proven track record of deploying an ITSM solution within a few weeks. Just consider its well-documented success story involving The Daily Telegraph, the United Kingdom’s No. 1 news brand that reaches 2.1 million viewers per day through its newspapers, mobile apps, website, and magazines.

A few years ago, the media giant was in doldrums after letting go off its CIO. Under the incumbent CIO’s watch, The Daily Telegraph outsourced its entire IT operations to a third-party company, a contract that was terminated in due course. Within a few weeks, they had to rebuild their entire IT department from scratch.

The fact that we understand both worlds, not just the world of developers or IT operations, helps us immensely in enabling those clients that want to modernize their approach to ITSM

“We were suffering from poor resolution times and lack of transparency. We had to find a service management solution, implement it in under three months. I felt that was impossible,” says Carol Johnson, head of service delivery and operations, Telegraph Media Group.

In what can be best described as “a mad rush,” Valiantys deployed Jira Service Desk within a few weeks, trained The Daily Telegraph’s IT teams accordingly, and instilled new ITSM processes. However, Valiantys admittedly didn’t do “a perfect job” due to the time-strapped setting. “The idea was to deliver time-to-value in the space of just five weeks. We succeeded,” says Lucas Dussurget. A few weeks later, Valiantys executed a few more enhancements and continued to do so gradually.“Their IT team evolved into agile practices, and eventually introduced exciting concepts such as Kanban in their change management.” Within three months of the rollout, The Daily Telegraph’s IT team improved its time-to-resolution by 66 percent, reduced call-waiting time by 50 percent, and increased customer satisfaction by 140 percent.

According to Philippe Delanghe, the secret sauce behind Valiantys’ ability to guarantee swift “time-to-value” is its deployment kits that encompass pre-configured ITSM processes, ranging from asset to incident management. The library allows customers to “hit the ground running” rather than waiting years for their new ITSM processes to prove value. The out-of-the-box configuration can be adapted very quickly to the specific client’s needs before and after the rollout, which is another key feature for faster “time-to-value”

The Daily Telegraph success story, among many others, corroborate the value that Valiantys brings to large IT teams across enterprises. Over the last few years, Valiantys has grown at a steady annual rate of 40 percent, a growth pace that it is confident of sustaining. After bolstering its alerts management and incident communication capabilities through a recent acquisition, Atlassian is now setting its sights on adding new capabilities and modules in asset management. This was recognized by Forrester, in the Wave Enterprise Service Management–Q3 2018, where Atlassian is a strong performer with the strongest strategy.

Clearly, the combined prowess of Valiantys and Atlassian is a winning option for enterprises transitioning to lean ITSM practices. Since debuting in 2013, the Jira Service Desk solution has already been implemented across 20,000 enterprises. The success, per Dussurget, is primarily due to Jira Service Desk’s ability to integrate various systems and departments across organizations. “It’s the only solution that truly serves the needs of both the development and IT operations teams. As the customer success arm of the Atlassian story, we are thrilled about the future,” he concludes. Although headquartered in France Valiantys is a global service company and also renders client-tailored services to over 4,500companies across UK, Switzerland, The Netherlands, Belgium, Canada and the U.S.

Description
An Atlassian Platinum Solution Partner that specialises in Agile, ITSM, and Lean Business Management, Valiantys delivers solutions to enterprises across the world. One of the top IT Service Management Solution Providers, Valiantys understands both sides of the equation—ITSM and enterprise agile development—and enables its clients to modernize their approach to ITSM. Since some core members of Valiantys were involved in the development of Atlassian tools, such as Jira Service Desk, the ITSM specialists truly understand the perspective of agile software development teams. Furthermore, Valiantys guarantees swift “time-to-value” for its clients due to a deployment kit that encompass pre-configured ITSM processes 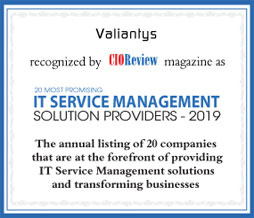 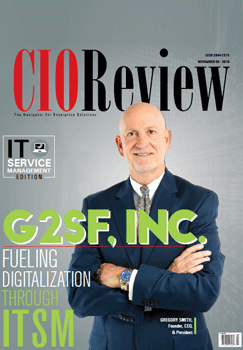