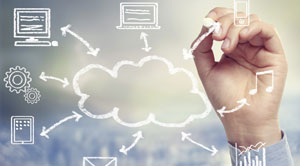 “Traditional perimeter and network security protection is no longer sufficient for today’s distributed enterprises and hybrid cloud environments. BlackRidge identity-based network security provides a new level of cloud and network security that cloaks or removes the visibility of servers from intruders. This stops known and even unknown attacks and breaches from occurring,” said Bob Graham, CEO, BlackRidge Technology. “We have extended our patented technology to cloud infrastructures and IBM z Systems, providing end-to-end protection for hybrid cloud environments and specific threat protection for mainframe clients.”

Key features and benefits of the new BlackRidge product release include: Cloud deployment support which is a new operating mode to support deployment in cloud infrastructures and BlackRidge Gateway for z Systems—a software appliance version of BlackRidge that is easy to deploy on IBM z Systems. It also provides a new layer of identity-based network protection for mainframes, independent of the operating system, to further protect existing workloads and new cloud deployments.

“Today's threats often require an additional layer of targeted security. With BlackRidge Technology as a member of the Ready for IBM Security Intelligence partner program for z Systems, clients will be able to take advantage of the company’s specific threat protection,” said Michael Desens, Vice President and Business Line Executive, IBM z Systems. “Clients running hybrid cloud workloads on the mainframe can benefit from the additional layer of identity-based security.”